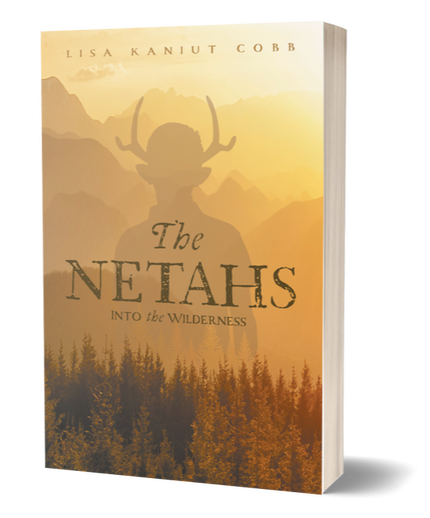 In this young adult fantasy set in Colorado, the Netahs can turn into animals and then back to humans. Josh, is a halfling and he just found out. He must learn how to transform. Along the way, new Netah friends who are a skunk, a bear, a fox, and a raven, try to keep him safe. Once he succeeds, he is tested. A group of small Netahs (squirrels and otters) are sick, and cannot transform completely and neither can Josh. Josh's future is at stake. See how he manages.
Goodreads

The Netah council would move the team in closer. The kid was getting to a dangerous age, an unpredictable one. He’d been watched since birth, and so far, there were no signs that he could change, but they had to be certain. The new recruits checked in with their controller. Chief Crawley paced back and forth on a branch, her black wings twitching. She tried to exude authority on her first assignment for the council.

Fern waited with absolute stillness as only foxes can, even though her graceful body practically trembled with excitement. “What’s the boy like, sir?”

Chief Crawley reported with an even voice, “Josh is a bright kid. He’s likeable and on the quiet side, maybe because he’s an only child.

You might be able to get close to him through one of his friends.”

“Get him outside and away from humans immediately. Don’t mess around. Secrecy is number one. But meanwhile, relax. You’re not alone in there,” Crawley reassured her.

“Should I pretend to like him?” If she’d been her human self, she would have been blushing, not having much experience with guys and certainly none with humans.

“Your call. You did the training, even if it was a little rushed. “Good luck.” Crawley nodded at Fern in dismissal.

“Thank you, sir!” Fern disappeared into the high grasses. Her little, red-furred body briefly reappeared as she leaped over a fence with a swish of her bushy, white-tipped tail. Chief Crawley liked the kid; she was spunky and not afraid to think outside the box, even if she was a little green at the job.

Chief Crawley turned to George, who towered over her. She leaped up a few branches higher. “News?”

Scratching his head and then his hindquarters, the bear seemed to gather his thoughts. Winter was fast approaching, and he was already feeling a bit sluggish and ready for a good long sleep. He reported, “Nothing much. Except he either has a scalp problem, or something is happening on his head. He scratches it all the time. That could be our first sign.”

Chief Crawley cawed as she hopped onto a lower pine branch. “You mean he scratches his head like you? Maybe you both have fleas.” She cackled at her own joke, flapped her black raven wings into place, and searched their surroundings. “George, are you sure no one saw you come down here?”

“No, never, sir!” He raised his chin and straightened his back - military style. “I was just a kid climbing down into a gully. Who’d care?”

“Good job.” Crawley studied her friend from the academy, her head tilting to one side and then the other. “Can you believe we got this assignment together? How you doing? I know it’s hard to be human all day.”

“I know, right?” The bear relaxed his military posture and sat down. “I’m beat, but at the end of the day, I sleep like a bear. Pun intended.”

“How long did you work on that one?” She smirked, appreciating the effort. “Anything else?”

“Yes. When is Rose coming on board? We need someone on the inside—in his home. That’s definitely a security weakness.”

“She’ll be there tonight. It’s all arranged. If that’s all, we’d better split up. I’ll go first. Give me five minutes before you climb back up to the trail. Okay?”

“Just an expression I picked up. It means yes.”

Chief Crawley shook her head at the strange ways of humans as she took off. George watched her bank to the east and then circle as she surveyed the area. When she was a tiny black dot over the mountains, George took a deep breath and shook himself into action. The scent of fallen leaves underfoot followed him as he left. Being a Netah agent had always been his dream, and he was not going to let his people down.

The Netahs​ is now available from most major online retailers.
New On The Blog: